The old legislation has been replaced by the new framework directive 2010/30/EU, and from 2011 onwards, the old labels for individual products have been continuously renewed. From then on, the labels became language-neutral, with pictograms to help their interpretation. The highest energy class was A+++.

2021: The energy label has been renewed!

As a next step, the energy label, the color information label on some large household appliances, has been renewed again from March 1st 2021. This change became necessary because, thanks to manufacturer developments and legal requirements, the energy classes previously in force were “outgrown”: although the label had several energy classes from red (least energy efficient) to dark green (most energy efficient), almost all appliances were in the top 2-3 classes, i.e. A+, A++ and A+++. Consequently, it has less and less fulfilled the role it was intended to play: i.e. to help consumers distinguish between the appliances available on the market.

What is the energy label good for?

Besides providing information to consumers, the energy label is also a driver for manufacturers’ improvements and energy savings: the EU expects the new regulation to save 38TWh of energy per year by 2030. This annual saving is just equivalent to Hungary’s annual energy consumption.

The regulation is tightening up: the EU framework regulation replacing the previous directive (Regulation 2017/1369 of the European Parliament and of the Council) and the regulations for certain appliances adopted on the basis of this (see bottom of page) will set out the future rules.

On which appliances will we first see the new labels?

Under the new regulation, the energy labels of the following appliances and devices have been renewed as a first step:

• refrigerators and freezers (including wine coolers),

• televisions, monitors and other electronic displays, and

It is very important to know that appliances have not become worse or less efficient, just the regulations have become stricter, so the energy class has changed! 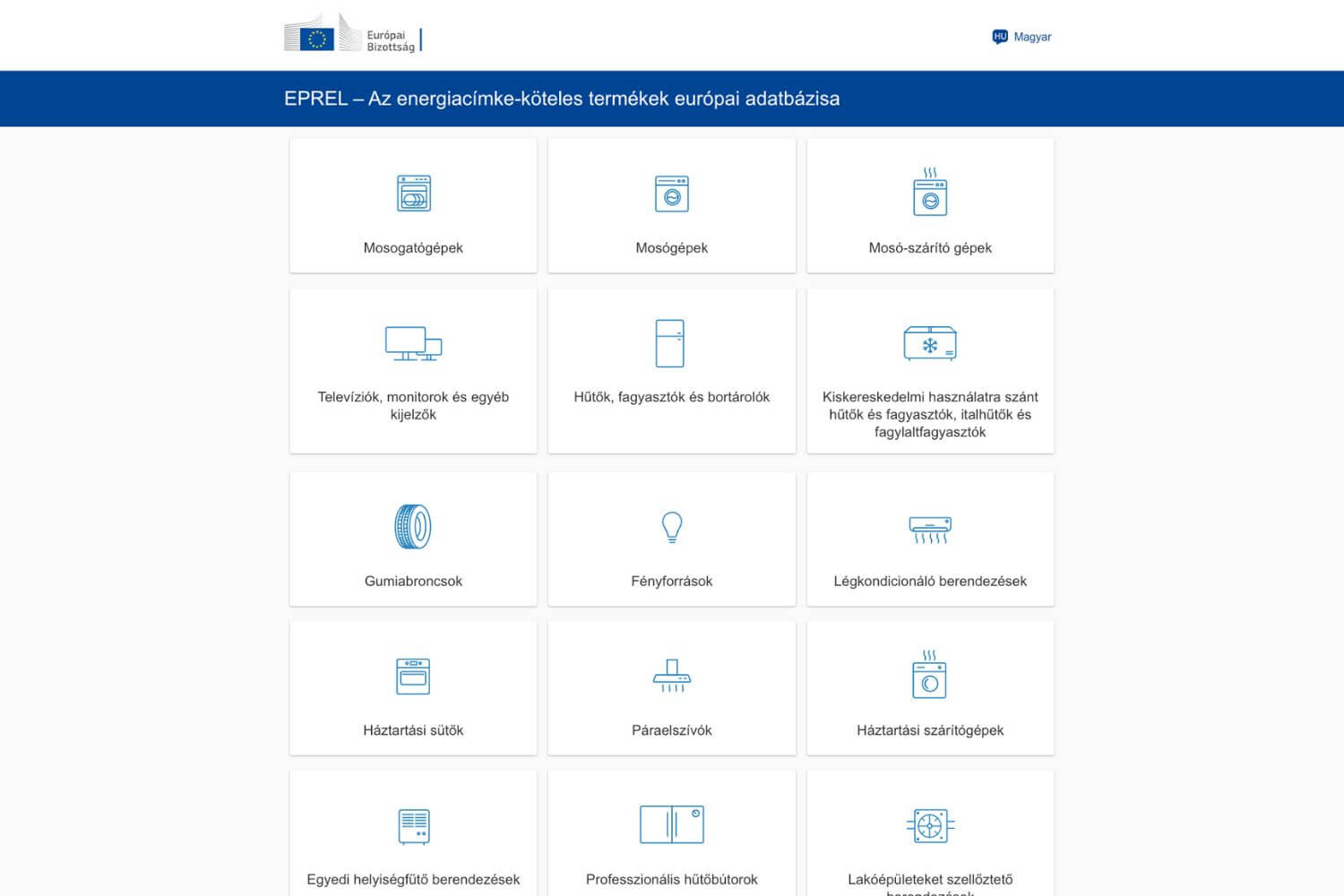